Get ready for a spectacular weekend on Moreton Bay.

The tension is building for the highly anticipated 2022 Queensland Hobie Cat State Championships, taking place at the Royal Queensland Yacht Squadron, and proudly supported by Sunstate Watersports and Cat Covers.

With just shy of 40 boats entered in this years State Championships, with the Hobie 14s reaching the double digits for the first time this new millennium, Moreton Bay is in for a sensational weekend of furious Cowboy Racing.

So, let’s have a look at who’s going to be playing up on the course this weekend.

All the way from the West, we have Darren Smith and Claire Bisgood, coming off a solid performance at the WA Hobie States back in March, along with the hotshots, Cam Owen and Suz Ghent, who are making the journey east for their third Championship regatta. With these two decorated Hobie 16 teams joining the fleet this weekend, the start line is sure to be filled with passion and drama. 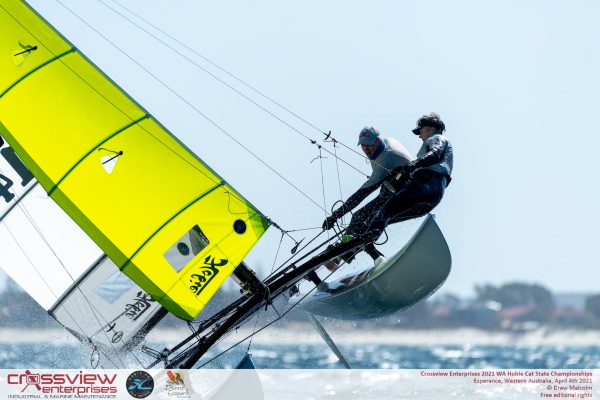 Making the journey north from Lake Macquarie and Jervis Bay, coming off a silver medal at the recent Victorian Hobie States, Gav Luxton and Jimmy ‘The Kid’ Winchester are confirmed to be smashing the pin in each start, no matter what the breeze.

All the way from the deep south, Campbell Weddell is going full rockstar and flying into Bris-Vegas. Meanwhile, the brains of the operation, Naomi Chiu, is doing the long haul and towing the 16 with the co-pilot, Tim Chiu’s Hobie 14 stacked on top. Finally from Victoria, the the dream team and current highest ranked Hobie sailors in Australia, is Fletcher and Georgia Warren-Myers. 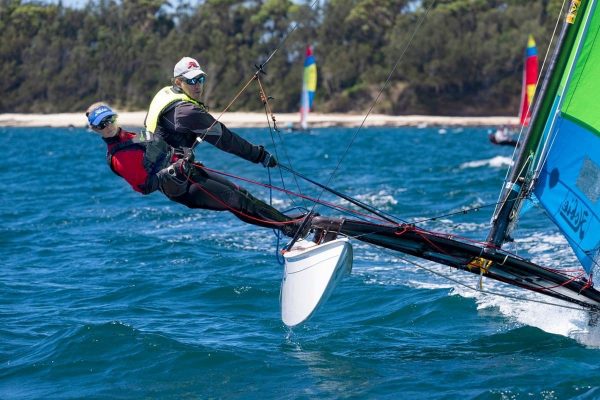 Now, lets check out some of the local teams.

It’s common knowledge that in South-East Queensland, we can find some of the greatest Hobie sailors Australia has to offer. With the hometown advantage, and all chomping at the bit prepping for the Hobie 16 Worlds in Spain, we’ve got Pete and Juliet Bates, Lachy Macfarlane and Sharyn Rayner, along with Mr President for the Queensland HCA, Rob Branch, and the man from the Goldie, Andrew Keag.

Also from RQYS, Andrew Warneke will be hitting the water with Haylie Andrews as they continue their campaign towards the qualifying series for the Hobie 16 Worlds. Whilst Carmen Andrews, sailing with RQYS local Libby, will be maintaining her fine form on the helm as she hurtles her way towards the chance at becoming the next Hobie 16 Womens world Champion with her sister Haylie. 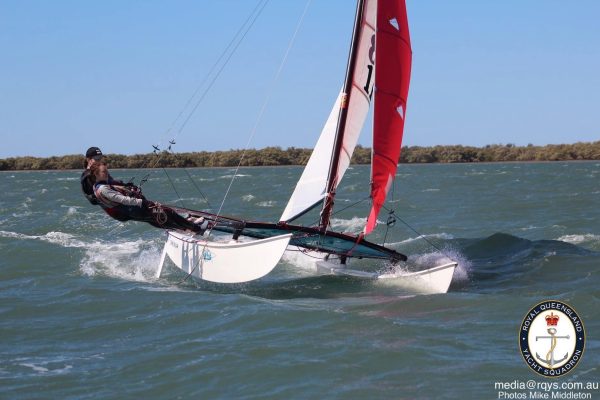 Coming in hot after a stint in San Francisco working with the SailGP, ex-world champion Belinda Zenesco will be jumping back on the helm of the 16 to cause some mischief, whilst Julie Keenan from RQYS aims to give Zenesco some solid competition on the race course.

And of course, who could forget about the big fellas from the Sunny Coast, Murray and Shane Peterson, who are both gunning for the title in their own right. Word is the boys are hanging our desperately for Monday when the South-Easter is due to blow across the Bay. 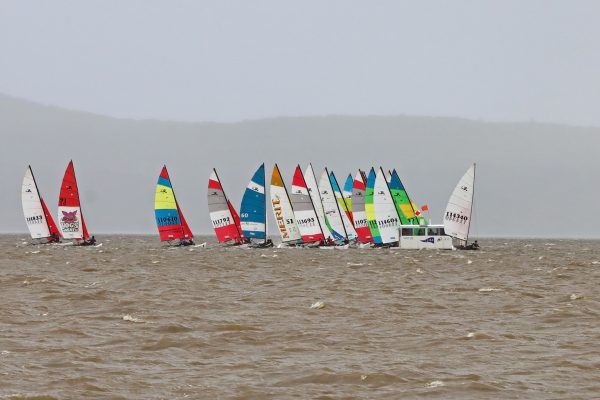 Finally, we turn to the Scumbags, the Cowboy’s that don’t have anyone to blame when they bugger up a tack.

Coming of a silver medal in the recent Victorian States, Leon Whitworth is confirmed to be in form on the helm of his Hobie 14. With a brand new main sail and a bottle of Ouzo to go, Whitworth will be one to watch on the race course.

The Young-Gun, Bryn Robinson-Mills, is coming off a phenomenal performance at the recent Combined High Schools Sailing Championships in NSW, and with his new Hobie 14 Hybrid ‘Sur Ganji‘ (FKA Green ‘n’ Gold) tuned by the Hobie 14 wizard himself, he’ll gunning for his first Open Championship. 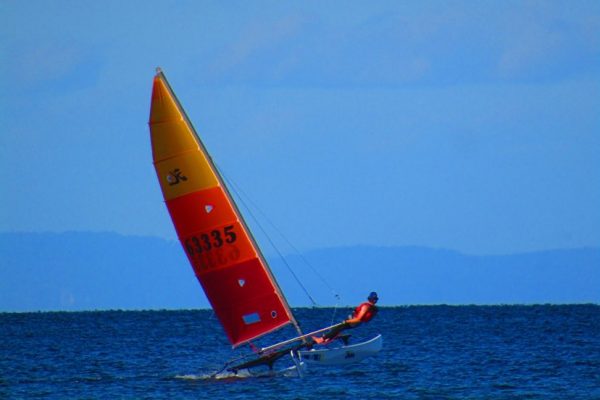 Mr Sunstate Watersports himself, Gordon McGillvary is set up and ready to go on his brand new Hobie 14, along with Tim Chiu all the way from Victoria. Only time will tell which sailor will come out on top, and who will tame the beast that is a French Hobie 14.

The menace from Southport, Igor Prado, along with Bill Kirkley, are both set to roll up the jib this weekend and compete in the gentlemen’s class with the rest of the gang.

However, the best news is yet to come, as Worsty is confirmed to be sailing his refurbished Hobie 14. Racing for the first time in twenty years this Saturday, it’ll be a sight for sore eyes this weekend as the old dog hits the water with full speed.

Finally, rounding out the fleet, we won’t say much about them, but the Butler boys are sailing, and as always, their not here to play around. 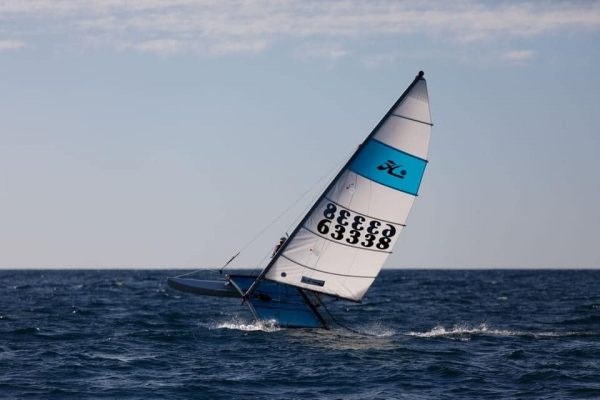 So, stay tuned Cowboy Sailors, as we’ll be keeping you up date with all the action coming our of RQYS this weekend.