As Jake once said to Elwood: “We’re putting the band back together…”

On a “mission from God”, and determined to make the 50th Australian Hobie Cat Nationals the greatest of all time, a small band of Cowboys and Cowgirls have come together to pull off a miracle.

And when we say miracle, we don’t mean to say that this feat is too great for our fellowship to handle. We say miracle because this will be a once in a lifetime musical, comedic and rock ‘n’ roll experience that any Hobie Sailor, let alone punter on the streets of Jervis Bay, will not want to miss.

Featuring an all-star lineup of Hobie sailing talent, the crowd at the 50th Hobie Nationals is going to be in for an absolute treat on New Years Eve, as the Hobie Family Band rip up the stage of ‘The Golfie’ on the greatest Nationals Preso night, in the history of Nationals Preso nights. And there’s been a few…

So, without ado, let us introduce you to the scurvy band of misfits that’ll be singing and jamming their hearts out later this year.

On the drums, providing us with the rhythm, Nick Eastment and Zak Rowdon will tag team on the percussion throughout the night. But, it doesn’t stop there. Nicco will also be jumping onto the guitar and leading the harmonies, whilst Rowdy Junior will provide an assist on the trumpet or the triangle, whenever and wherever suits.

Pulling through as always are the Andrews girls, Carmen and Haylie. Haylie, an absolute weapon on the saxophone, will be complimented unequivocally by Carmen’s technically melodic style on the guitar. If you have never heard the pair jam before, prepare for a bit of extra soul. Also from Bris-Vegas, Libby Kirby is set to bring the acoustic down as she is prepped to jump on the mic. If you’re looking to be in the crowd, remember to bring some tissues. 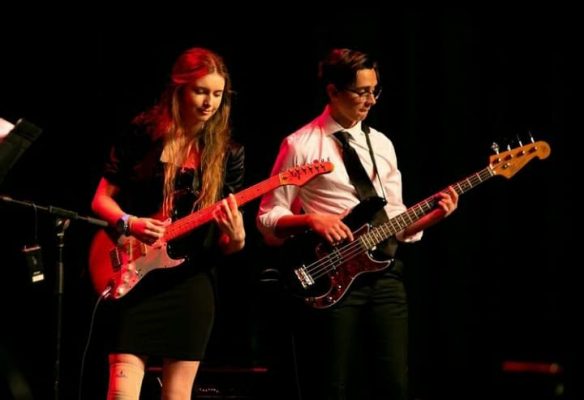 Bringing the heat up from Victoria, along with Zak, Rowdy and Luke are here with all the gear and even more idea as the pair share a deep knowledge of rock ‘n’ roll between them. The last time we saw the trio team up was during the Vincentia Sailing Club’s NYE ‘Round the Bay Rally’, where the open-mic night saw the boys jump up for an array of classic Aussie rock. We are beyond excited to see what they’ve got in store for this round.

On the decks, our deadly disco machine, Gidi Segal, has confirmed he’s also bringing the keys to jump on with the Hobie Band during NYE. Already locked in for a few iconic synth numbers, we can expect to see the man on the decks at some point over the course of the Nationals. 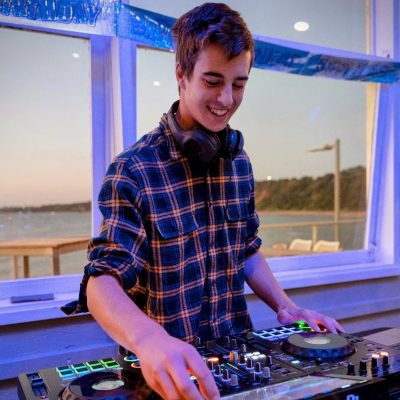 As the grommet of the bunch, but by no means the least experienced, the Young Gun, Bryn Robinson-Mills is pulling out the trumpet and belting out a few classic numbers at full noise. Running hot off a stint in the school musical and classical band, Bryn’s confirmed he’ll be changing tune to suit the classic rock ‘n’ roll energy the Hobie Family requires on Preso night.

Reigning in the bunch and attempting to keep things on schedule, Paddy has confirmed all will go smoothly throughout the course of New Years Eve. Bringing along his Maton and some tuned up vocals, providing they’re still working, Paddy will be jumping around with the Hobie Band belting out some classics. Additionally, with the help of song-writing extraordinaire, Bonnie Butler, stay sharp for some re-written numbers and a few gimmicks about the Hobie Family throughout the mix.

Finally, bringing not only the soul, but the roof of ‘The Golfie’ down with it, Deb Muller is set to steal the show. Widely renowned throughout Coochimudlo Island as their single greatest export (not including Pearl and Angus), Deb has a long history of sending it on stage as the greatest front-women Coochie has produced. We are in for a treat as Deb brings along her catalogue to belt out some of her greatest hits with the Hobie Family Band. 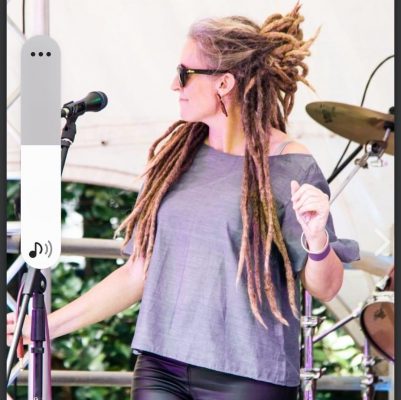 So, with that, the stage is set for what will be an unforgettable night with the Hobie Family Band. If there is anyone else within the Hobie Family who wishes to take part and jam along with the Band on NYE, please reach out and get in touch! There is always more room on the stage for anyone who is keen for a jam.

For any song requests or booking enquiries, please contact our esteemed Manager in Chief, Paddy Butler on: info@nsw.hobiecat.asn.au