The Bad News Regatta has been one of the largest winter regattas of Hobie sailing in Australia. Originally started back in the 1960’s prior to Hobies even being invented. The ‘Top Cat of the Alley’ and the ‘Currumbin Marathon’ was sailed the 2nd week end in June over what was then the Queens Birthday long week end. The tradition continues and is named after one of the Gold Coast Catamaran Club’s famous members Bob ‘Bad News’ Hughes. Bob passed away in 1999, but his name and legend lives on with this regatta named after him.

It is one of the few regattas where the boats are launched from a surfing beach where the sailors and the surfboard riders have to work together. Not to mention the occasional whale that wishes to watch the Hobie racing.  The notorious beach break with large waves has caused many boats and masts to be damaged over the years.

It has, for many years, brought together sailors from far and wide to join in a regatta that is truly like no other. 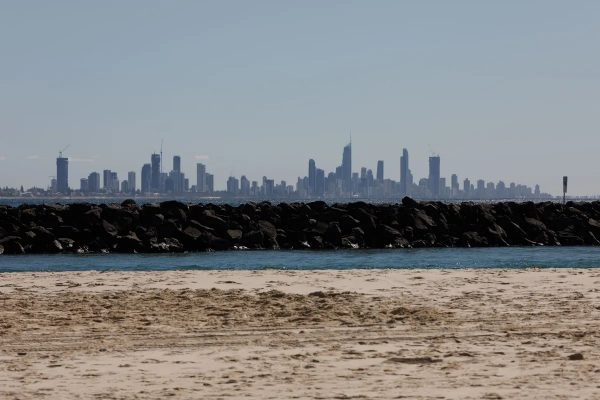 As Hobie sailors are considered, by some, to be elite athletes, it is always critical that one competes a solid training session before the big day. So, as motivation to win the Baddie began to set as sailors began arriving, the nor-wester blowing looked to be the perfect opportunity to stretch the sails.

However, the 2-3 foot long, peeling, ever-so-graceful right-handers breaking on the bank of Currumbin Alley proved to be a much more exciting feat to conquer on the eve of racing. Wave after wave, the New South Welshmen, plus Warneke and Chester, were observed by the locals to be ‘bouncing off the bloody walls’ as they were catching some of the best waves a Hobie 14 has seen on the Goldie for a red hot minute.

Bryn Robinson-Mills, Nick Eastment and Paddy Butler were trying to outdo each other as they were jumping of the smooth peaks, while Andrew Warneke was only learning to sail a Hobie 14 for the very first time. All whilst Andrew McKenzie was drifting with his mast horizontal on the inside, and Gav Luxton was figuring out how to sail to shore with a broken side bar.

It was confirmed later that evening that no boats were ‘seriously’ injured during the afternoons affairs. 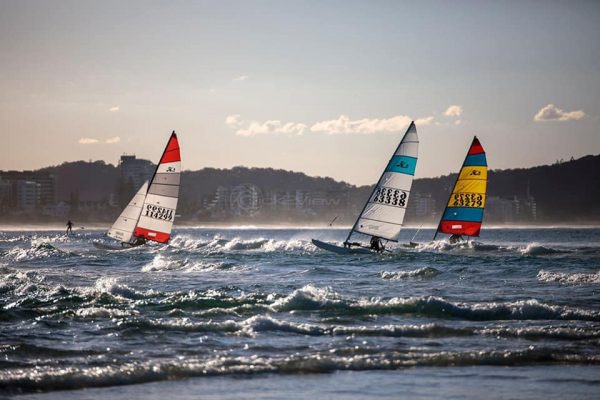 The first day of the Bad News Regatta brought a whole lotta action to Currumbin Alley. As an iconic Hobie location, The Alley has been yearning for some serious action for a long, long time.

A glassed-out morning posed some dire problems for our sailors. However, a light and fickle N-NW breeze blew from the land, providing our intrepid sailors with some conditions worthy of racing.

The first race of the day could be classed as the most eventful, with a Humpback Whale breaching through the middle of the course, surprising our sailors by spicing up the contest at the top mark. 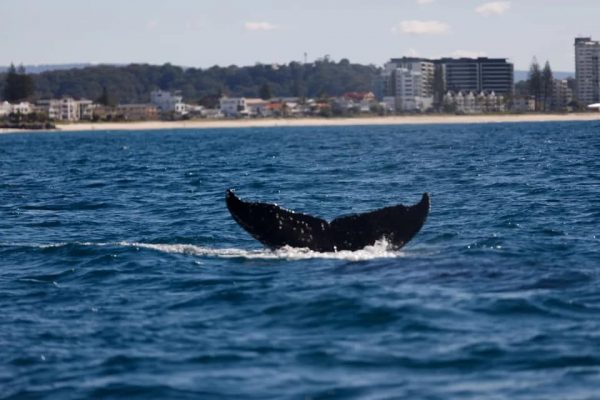 There were many upsets that took place throughout the four races held. A quick glance through the race results would illustrate just how tricky the racecourse was to navigate, no thanks to the troublesome yet faithful PRO Tom.

Keagy and Helen Warneke started off strong, with a bullet in the opening heat, whilst Team Bates took home the second. The 2007 Hobie 16 World Champions Susie Etherington and Mick Butler, were back together for a stab at the Baddie Title. However, their hopes were diminished after a rolled cam in the first race resulting in an historic DNF.

Another upset from the day included the Dream Team that is Suz Ghent and Cam Owen, who made the trip over from WA with Trevor Hughes himself, are currently sitting in 4th place with a single bullet in the third heat. Meanwhile, Jerome Binder and Haylee Williams came out of nowhere to snag a bullet in the final race of the day.

We’d like to point out that in recent Hobie history, let alone sailing in general, it’s not often that four different teams can each win a heat in a single day.

Final results from the first day put Keagy and Helen in front, closely followed by Peter and Juliet, and Hayley Fisher and her old-boy Dave from NSW.

Meanwhile, on the other start line, Leon Whitworth on his Paper Tiger was showing up the proud Hobie 14 sailors with his skills in the light breeze. Disregarding Leon’s results, Pat Butler on ‘Cheeky II’ managed to take two bullets in the first two races, before being spat out the back during the second half. The Young Gun, Bryn Robinson-Mills was showing he’s one not to mess with, after claiming the third heat as his own, whilst the Quinn-Dog, sailing ‘Puppy Dog II’, was proving he’s not one to be messed with on the race course. Current results show Gav Luxton and Andrew ‘Big Mac’ McKenzie sitting in equal second, only a point behind the younger Butler. Who is to say what will become of this contest of champions…

A huge thank you goes out to Tom, Worsty and the rest of the racing team for the organisation of the day. And to Jim from Click2View photography for capturing the events both on and off the water.

At the time for press 1130 on Sunday morning, a very-light easterly breeze is beginning to blow, and the AP is flying. But, with the breeze failing to materialise the racing is looking to be finished for the day, and the regatta as a whole. So, it’s time to pull the rags down, crack open a cold one, grab the board and hit The Alley for a surf before the Hobie Family is due at Bob Engwirda’s man cave for a night on the rums.

So, with that, we’ll be seeing you soon, Cowboy’s and Cowgirls.

Check out the Vincentia Sailing Club’s EDIT from the weekend’s events.